To answer that question beyond "they're big and heavy and they look cool" we need to consider the structure of the wood that chopping boards are made from.  A good way to get started is to think of a tree as a bunch of very narrow tubes (think box of drinking straws) growing up from the ground: 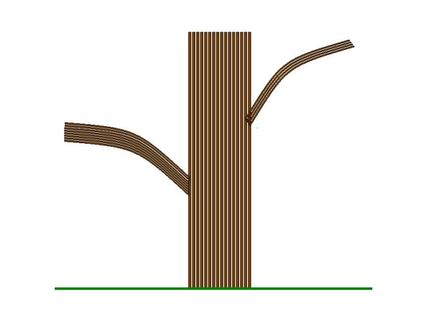 When the tree is felled and cut for timber the straws are still, by and large, oriented in the same direction as each other.  In a 'normal' (or "face grain") board we take a slice from the tree, lie it down and get chopping: 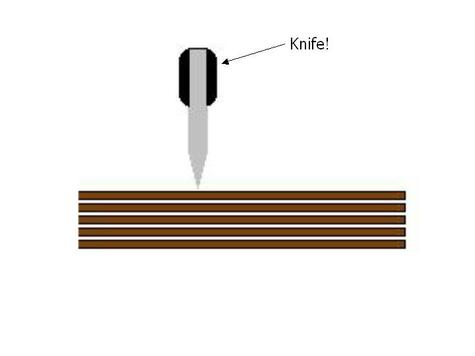 The problem with this is that when the knife cuts  through the food it cuts into the board and severs the wood fibres (straws).  As the tree is long since dead they can't be healed so will remain severed until, sooner or later, a cut is made near the original one, which can result in a small fragment of wood fibre departing from the rest of the board.  This is why face grain chopping boards eventually develop hollows in the most-chopped-on areas.  At the very least, knife marks will be evident where the fibres have been cut.

To make an end grain chopping board we orient wood 'straws' perpendicular to the cutting face: 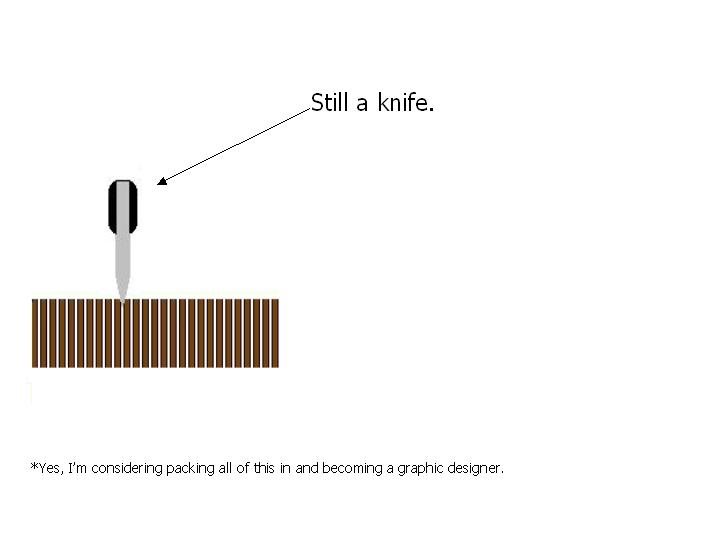 This time when the knife makes it through the food it cuts into the board -as before- but now not by severing the fibres; instead by pushing the top ends of them apart (albeit by a very tiny amount).  When the knife is removed the fibres spring back together, effectively 'healing' the surface of the board.  As a result, with some very basic care, end grain boards stay in A1 condition years longer than face grain boards.
Also, since the knife is no longer cutting wood fibres every time it hits the board it stays sharp much longer.  This is why most professional chefs use end grain boards; the less time spent stopping to sharpen knives, the more time can be spent cooking.  Most normal people prefer end grain boards because they look great and they last for years.